What Is Network Latency and How to Minimize It? 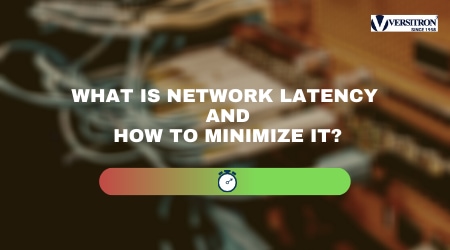 Ethernet switch latency can be defined in two ways – one-way latency and round-trip latency. Most of the time it is usually measured as a round trip delay – the total time an Ethernet packet takes to travel from its source to destination. Nowadays, the round-trip delay is an important measure as the device uses TCP/IP network protocol to send the specific data to its destination and waits for an acknowledgement to come back before sending another one. Thus, this method has a key impact on the performance of the network.

The previous sections answered what is network latency. Now, this section focuses on the reasons for latency. Many factors affect the network latency time. The following are some possible contributors to it.

How to Minimize Network Latency with Ethernet Switches?