Top Reasons Why Wired Networks Are Better Than Wireless Ones? 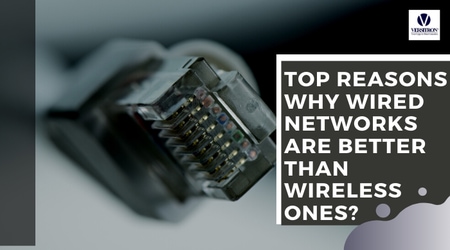 Introduction to Wired and Wireless Network

The following pointers will help you understand the differences between wired and wireless networks.

The following pointers will help you understand the advantages of wired over wireless networks.
Along with these advantages of a wired network, the cost benefits of wired over a wireless network can be harnessed under certain conditions. If your computer systems are compliant with Ethernet protocol, then wired networks can be cost-efficient, otherwise, it may need an upgrade.

However, in order to reap the benefits of wired networks, one must invest in quality Ethernet products like cables, connectors, network switches, etc. These products must be brought from trusted suppliers like VERSITRON. The company has been at the forefront of networking technologies, since 1958. They offer efficient copper transmission and Ethernet solutions to their clients in different configurations.