Know the Details of a Distributed Video System and Its Benefits


Video communication is prevalent across industries for a couple of decades since globalization, as more and more businesses have offices or clients across the globe. This is one effective way of communication, which has gained even more traction from the last year since the pandemic. With strict restrictions and regulations imposed on human mobility, everything from business summits to formal project meetings to e-learning and recruitment now mostly relies on video conferencing. There is no secret that video files are large as well as bandwidth-intensive. The increasing demand to stream both live and on-demand videos can have a significant impact on the network performance as well as user experience. Seamless delivery of videos over the network requires a combination of sophisticated technologies, and this is where a video distribution system make a significant difference. The distributed video systems transmit uncompressed, unencrypted video signals to multiple outputs. By doing so, they reduce the overall wiring complexity and distribute the video content as required. This post discusses the video distribution system in detail. So, stay tuned. 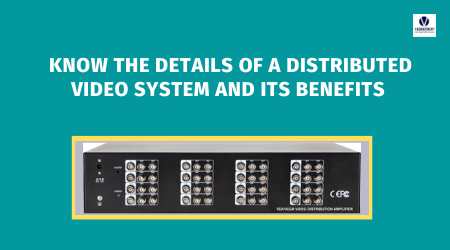 A video distribution amplifiers or media distribution system is a network that comprises video sources and display devices. These networking devices are interconnected using structured wiring and a centralized system. Once the connection has been made, the system allows the output signals from video sources such as personal video recorder (PVR), video cassette recorder, or any other video device to be viewed on the systems connected within the network.

The following are some important benefits of video distribution systems:

Would you like to view visual image displays from the same source? If that sounds yes, then contact an industry payer who helps you achieve this using the specific product. VERSITRON is one reliable manufacturer and supplier of high-quality networking devices. The company offers superior quality, performance-driven video amplifiers in various configurations to meet your requirements.