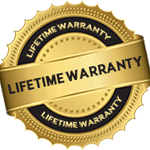 In the automatic mode the F2238A and F2245A serial data modems can operate at any asynchronous data rate from 20Kbps to 100Kbps and at any synchronous data rate from 56Kbps to 10Mbps. They will also operate with variable data rates that are sometimes found with high-speed telemetry systems. An internal clock monitor selects the source of the transmit clock. When no clock is present, the devices utilize an internal 10MHz reference signal as the clock. This assures a sufficiently large number of samples for minimum end-to-end timing jitter.

Products Not Found
Are you sure you want to remove?