What Are the Popular LAN Technologies Used Today?

Computers and various digital technologies are widely used by businesses of all types for information sharing and receiving. The computers are connected in a network for information exchange. This network is referred to as Local Area Networks (LANs). Having said that, the network of computers or LANs generally work in a confined geographical area like a building or a college campus. These LANs are driven by different technologies to initiate a connection between different devices. What are the common LAN technologies and where are they used? What are the different types of LAN technology devices used today? This post aims to answer this question and more. 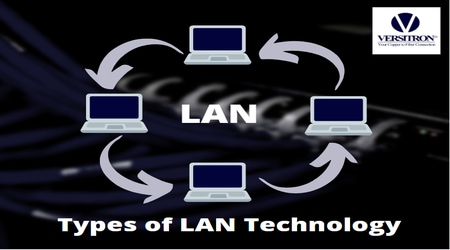 
The following are a few popular types of LAN technologies used today. These technologies support both wired and wireless connections and are widely employed across the globe.
As now the role played by each of these LAN technologies is well persuaded, it is important to use the right type of device for achieving the desired result. Owing to the increasing using of networking, today, you can find LAN connectivity solutions with various manufacturers. However, they differ in terms of configurations, performance, and prices. It is always recommended to source these technology devices from trusted manufacturers like VERSITRON. The company has been providing networking connectivity solutions, since 1958. Fiber optic network switches, fiber optic media converters, fiber optic multiplexers, and so on are a few popular products in its inventory. These solutions are employed in thousands of critical applications across the globe.