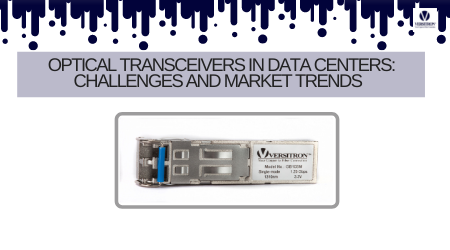 The optical transceivers are used for transmitting and receiving the optical signals in high-capacity data centers. Generally, the data centers feature a hierarchy type of Ethernet networks. These networks can be copper-based, fiber-based, or hybrid (copper-fiber). In the modern network, upgrading all devices to fiber-based components may not be convenient. The optical transceivers are used in certain cases to convert an electric signal into an optical signal. These signals are further transferred through fiber optic cables. The transceivers consist of pairs of transmitters and receivers which play important role in the electro-optical and reverse conversion of signals.

The following optical transceiver trends have been reported and forecasted by industry experts.

You need to consider the following operational parameters of these transceivers when choosing them.


The fiber optic transceivers are essential for electrical to optical data conversion and vice-versa. When buying them, you need to consider several factors such as the type of data converted, data speeds, distance to be covered, equipment used for plugging these transceivers, etc. In addition, these transceivers can transmit different wavelengths, and signal attenuation is less in long wavelengths. So, if you consider fiber optical transceivers like SFP transceivers for your high-speed network, ensure to invest in MSA-compliant transceivers, which are compatible with most switches and router platforms. Many transceiver manufacturers also provide switches and routers, which helps reduce your incompatibility issues.